The 2016 ISDDE Prize
for Excellence in Educational Design 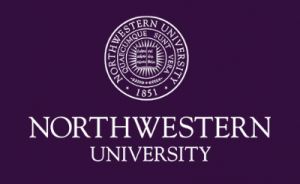 Utrecht, The Netherlands September 21, 2016 — The International Society for Design and Development in Education (ISDDE) has awarded the prestigious 2016 ISDDE Prize for Excellence in Educational Design to Uri Wilensky, professor of Learning Sciences, Computer Science and Complex Systems at Northwestern University.

“This award recognizes the excellence of the design and development of NetLogo that Uri Wilensky has led for the last 25 years,” said Professor Susan McKenney, Chair of ISDDE.

  NetLogo provides a tool for modeling complex systems, a learning environment, learning materials and a sharing platform that is used in schools and research centers worldwide, by hundreds of thousands of users.

“Through a sustained and deliberate design process, Uri Wilensky has created a substantial product that is used by others to develop and share innovative prototypes – this recognition and impact is the overarching criterion for the ISDDE Award,” she added.

Professor Wilensky will deliver a keynote address on his work at the 2017 ISDDE Conference where he will formally receive the award.

When contacted about the award, Professor Wilensky said “it had been his great pleasure to design a learning environment that enables students of all ages to engage with important ideas through interactive exploration and play.”

NetLogo (ccl.northwestern.edu/netlogo) is a computer-based modeling environment that enables learners to both explore and build computer models of natural and social phenomena. NetLogo comes with a large and diverse library of models, such as models of predator-prey populations, distribution of wealth in a society, the hive finding behavior of bees, housing segregation in cities, gas molecules in a box, formation of galaxies, and many more. Three key features of NetLogo contribute to its broad appeal. First, it is a “low-threshold/high ceiling environment.” NetLogo makes it easy for young learners to explore, modify and build models (low threshold) while also empowering research scientists to build and test simulations of phenomena at the cutting edge of computational social and physical sciences (high ceiling). Second, it is a “glass box” environment. The code of NetLogo models can be opened, inspected, and explored by any user, and the software itself is free and open-source. Finally, it is “agent based.” NetLogo modelers understand complex systems by describing behaviors and interactions at the level of individuals — such as ants, buyers and sellers, wolves and sheep, making NetLogo models immediately accessible and relevant to a wide audience.

About the International Society for Design and Development in Education

ISDDE was founded to bring together outstanding designers and developers from around the globe. The society aims to promote excellence in educational products and materials, particularly for science, mathematics, and technology by creating a professional community that shares knowledge, research, approaches, and critiques. ISDDE advances these goals through annual conferences, an e-journal, Educational Designer and annual prizes. For more information about ISDDE and its awards, visit www.isdde.org.

Please feel free to distribute or publish this announcement. A printable PDF version can be downloaded here.