The 2011 ISDDE Prize
for Design in Education 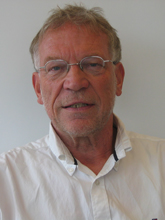 The 2011 Prize of $10,000 was offered for a substantial body of work, by an individual or a team, over a period of years that shows excellence in design for education in Science or Mathematics. At the 2011 ISDDE conference in Boston, it was announced that the winner was Professor Jan de Lange.

Professor Jan de Lange is truly an international figure in Mathematics Education. He has been working at the University of Utrecht for 35 years and as Director of the Freudenthal Institute for 16 years, where he became full professor in 1991. In 2003 he founded a Freudenthal Institute in the US at the University of Wisconsin, Madison. He started out as a mathematician and was more interested in upper secondary education. Gradually he worked down the grade levels, and more recently he has been working as director of the CuriousMinds project, investigating the scientific and mathematical reasoning of very young children.

Jan has made an outstanding contribution to educational design in, assessment, curriculum and leadership.

Jan has worked on the theoretical basis of assessment design, carrying it through to practical impact in the Netherlands and, internationally, as chair of the PISA Expert Group in Mathematics.

Jan had the brilliant idea of having a Mathematics A-lympiad (Students are assessed in small groups over a weekend) and later a national Mathematics B-day (over one day) both of which gather more popularity internationally. The problems (designed at FI) are very open and very challenging indeed.

As a colleague notes: We would say: “It takes Jan 5 minutes to come up with something very new and original and afterwards we work for 5 hours to mould it into the format of an open question that is fit for the experimental examinations.”

Jan made substantial contributions to the development of Realistic Mathematics Education (RME) – the quality of the curriculum materials that are based on this approach is recognized internationally, notably through the US NSF-funding of the Mathematics in Context middle school curriculum based on them.

Jan is an exceptional designer. He has a flair for finding fresh, beautiful, original, contexts for students and shows humour in communicating them. He emphasises the importance of visualization and ‘slow” step by step progression in designs.
Jan is primarily a leader and a visionary. As a colleague notes:

With regard to the award criteria, Jan has clearly moved the field of assessment and curriculum design forward, both nationally and internationally. He has led a phenomenal research team to create a theory of educational design: Realistic Mathematics, and has seen this realized internationally. This includes the supervision of curriculum projects in such diverse places as the USA, Bolivia, South Africa, and Indonesia.

It is therefore with great pleasure that we award the 2011 prize for excellence in design for education in Science or Mathematics to Professor Jan de Lange.

Malcolm Swan, on behalf of the 2011 ISDDE Prize Committee