The 2012 ISDDE Prize
for Excellence in Educational Design 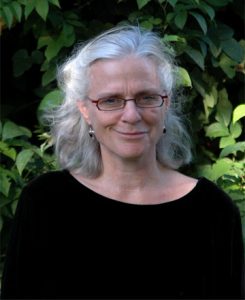 The International Society for Design and Development in Education (ISDDE) recently announced the winner of the organization’s fifth annual design awards, known as “the Eddies,” to recognize excellence in design of educational products and materials in science or mathematics. The 2012 award winner and recipient of a $10,000 prize is Jacqueline Barber, Associate Director of the Lawrence Hall of Science at the University of California, Berkeley, for leadership of the design of Seeds of Science/Roots of Reading. Seeds of Science/Roots of Reading is a curriculum developed through a rigorous process to produce innovative materials with great demonstrated impact on students, teachers, and educational designers around the world. 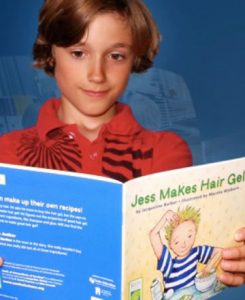 Seeds of Science/Roots of Reading, developed by a team led by Jacqueline Barber, is a curriculum for Grades 2 through 5, that integrates science and literacy to provide access to deep science knowledge, academic language, and powerful skills and strategies in both literacy and science.

A good foundational exposure to science in elementary school is critical, but science is often squeezed out of the curriculum because of the increasing pressure to improve student performance in mathematics and reading. In addition, students are typically taught to read using fictional texts, which fails to prepare them for the diet of informational texts they will encounter throughout their schooling and beyond.

Seeds of Science/Roots of Reading addresses both problems through the use of carefully developed informational readers that work together with simple but powerful science investigations providing students with a purpose and motivation to read and gather evidence from science texts as they work to construct explanations about the natural world. In so doing, students are immersed in learning key science concepts and practices while also improving their reading abilities.

The program and its components are used by thousands of teachers in 42 states (within the United States) and in at least nine additional countries; children, teachers, and school principals love the program.

Seeds of Science/Roots of Reading was first developed in 2003, in close collaboration with literacy researcher Professor P. David Pearson, former Dean of the Graduate School of Education at UCB and a faculty member in the Language and Literacy, Society and Culture Program. It began with a strong foundation in both literacy research and science education research. Systematic design, carefully analyzed field trials with many teachers and classrooms, and multiple research studies has produced units that are very effective and evidence that is persuasive to school districts. This evidence includes gains in science content knowledge, and science vocabulary, but also improvements in overall reading comprehension, both with mainstream classrooms and with classrooms with larger numbers of English Language Leaners. 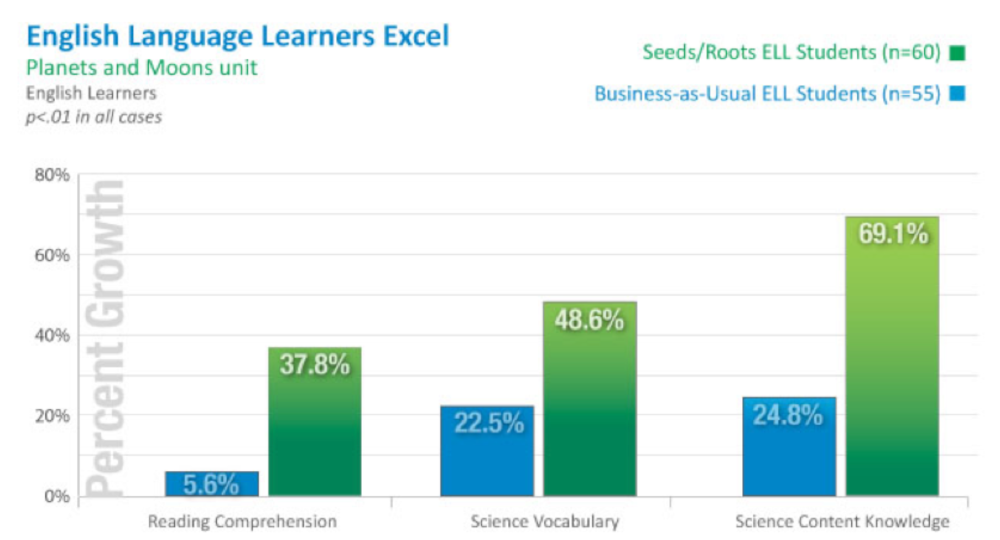 The program’s research and development was funded by the National Science Foundation and The Noyce Foundation. Subsequent work to extend the Seeds of Science/Roots of Reading program to middle school is currently being funded by The Bill & Melinda Gates Foundation as an example of “literacy-saturated science learning,” the National Science Foundation, and a vibrant partnership with technology partner and publisher Wireless Generation. Seeds/Roots serves as an exemplary model of good design to educational designers around the world. But it has also reached even further: The model of integrating the language of science into science instruction found in Seeds of Science has been influential in shaping the Next Generation Science Standards. 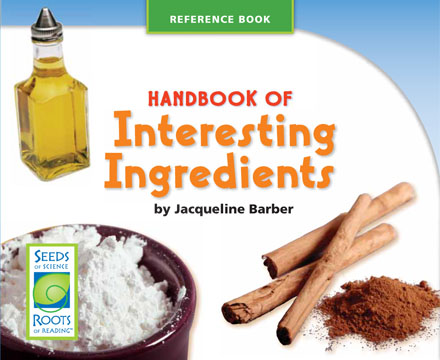 More information about Seeds of Science/Roots of Reading